A branch of the College of Liberal Arts, University of the Philippines was established in Vigan, Ilocos Sur in 1921. After some years, the College was transferred to Baguio in 1938 and continued operations under the name: College of Arts and Sciences. Classes were held in the government buildings at the Government Center until the outbreak of World War II when the buildings and facilities were totally destroyed by military operations.

After the war, serious efforts were exerted by UP alumni in Baguio to reestablish the College. Under the leadership of its presidents, the UP Alumni Association, Baguio chapter, approved resolutions requesting University administration to reopen the College. Former Mayor Virginia de Guia, President Fernando Bautista of the Baguio Technical College, and Dr. Fernando Manalo were untiring in their efforts to reestablish the College. Although these resolutions received serious consideration from UP Presidents Bienvenido Gonzales and Vidal Tan, it was not possible to accede to these immediately because the main campus itself was engaged in massive post-war reconstruction work.

Under the leadership of Dr. Ernesto Abellera, UP alumni in Baguio pursued their efforts for the reestablishment of UP in Baguio. Their first concern was to secure an appropriate site for the College. When it was learned that the US government was considering giving up the Camp John Hay reservation, it was thought that a portion of this property would be ideal for a campus. Plans for this did not materialize so the search for a new site commenced. 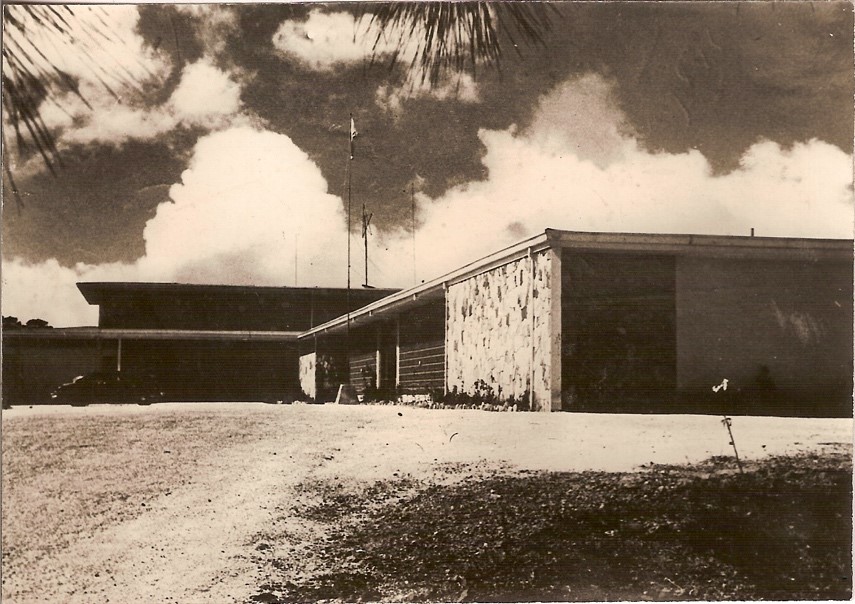 UP Baguio now occupies the site that these pioneering alumni finally decided on, a pine-clad hill in the heart of a mountain city. They quite unabashedly called this site their “first love,” as noted by then UP President Vicente Sinco. The support of local and national officials undergirded the efforts of the UP alumni and University administration. Among these officials were Baguio City Mayor Luis Lardizabal and the City Council, and Congressman Ramon Mitra of the second District of the Mountain Province. Approval for the reservation of 9.2 hectares for the present campus was handed down by then Philippine President Carlos P. Garcia. On March 4, 1960 the Board of Regents approved a resolution setting aside the sum of P100,000 for the construction of the UP College building in Baguio. Construction was completed in March 1961.

For fifty years now since its establishment in 1961, UP in Baguio has worked at serving as the lead institution in the delivery of tertiary education in Northern Luzon, sustaining its efforts at modernization, the strengthening of curricular programs, and the active generation of knowledge through research. It is indeed as the “UP in the north” that UP Baguio has quite proudly evolved into, carving out a niche in Cordillera studies developed over the past decades. UP Baguio’s distinction was affirmed by the elevation of UP College Baguio to constituent university status, granted through a unanimous endorsement by the UP Board of Regents on December 2, 2002. UP Baguio is now the 7th autonomous unit of the University of the Philippines System. 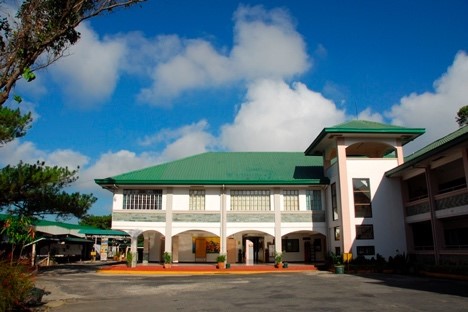 The first Chancellor of UP Baguio was Dr. Priscilla Supnet Macansantos who served as Chancellor for three consecutive terms. Among the commendations for Chancellor Macansantos, as expressed by UP President Pascual at the end of her term, is her success in “… ably steering the transformation of UP Baguio from a small regional college to the UP System’s 7th constituent university and the Northern Luzon’s foremost academic institution.”

The second Chancellor of UP Baguio is Dr. Raymundo D. Rovillos, appointed by the Board of Regents in April 2012. In the “First 100 Days Report” that Chancellor Rovillos presented before a University Assembly, he cited, among other accomplishments, the formal establishment of six new research programs under the Cordillera Studies Center, namely: Climate Change Program; Governance and Public Policy; Sustainability Science; Biodiversity and Resource Management; Material Culture; Programa ng Wika at Kultura. 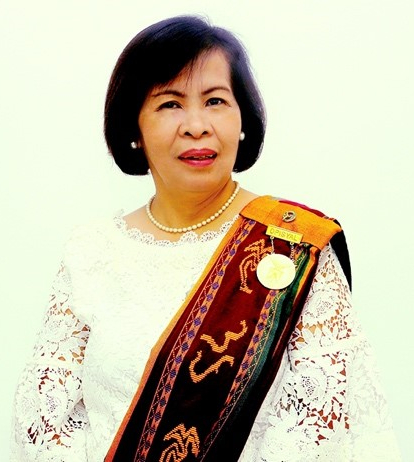 The  third and current Chancellor of UP Baguio is Dr. Corazon L. Abansi.  Appointed by the Board of Regents in April 2021, as part of her vision, UP Baguio is now implementing blended and multi-modal teaching and learning and engaging in more multi-disciplinary research and creative work.  Chancellor Abansi is also strengthening the extension work and public service of UP Baguio. In her first year, she has already provided efficient work systems towards an efficient administration. 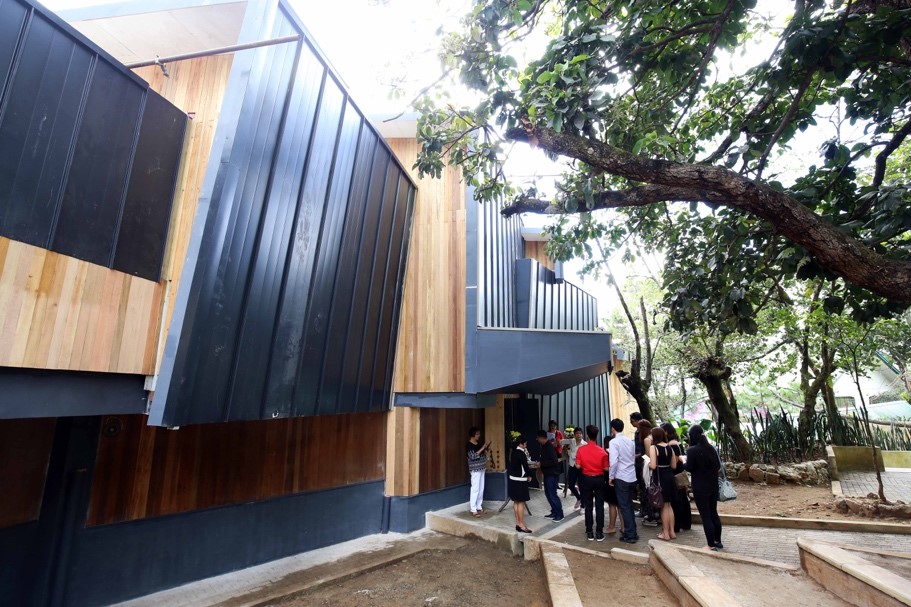 Three Colleges now constitute UP Baguio: College of Arts and Communication, College of Science, and the College of Social Sciences.  These have sought to develop innovative programs in the arts and sciences. Reviews of academic programs are an ongoing exercise, involving reconfigurations of curricular offerings. Presently, UP Baguio has the following certificate, undergraduate and graduate programs:

Assessment of the programs, production of instructional materials for online and face-to-face instruction, upgrading to smart classrooms, and support for excellent faculty profile receive continuing attention. 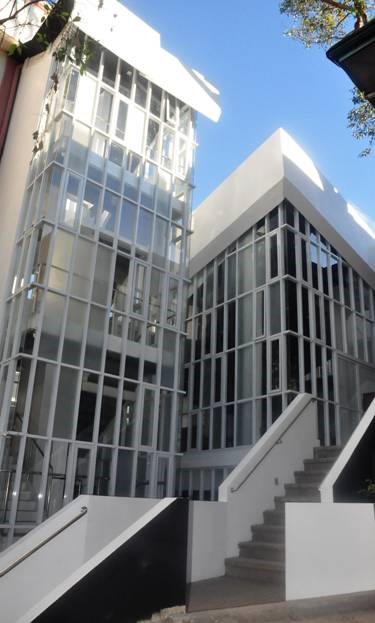 UP Baguio is recognized by the Commission on Higher Education as a Center of Excellence in Biology, Mathematics and Physics.  UP Baguio continues to strive for excellence in teaching, research and public service.

Also internationally known for its record in ethnic and interdisciplinary research programs is the Cordillera Studies Center, established in 1983. Through the CSC, individual faculty, workgroups and research affiliates have undertaken research on the following: local literature, biodiversity conservation, local forestry management and upland agricultural practices, urban studies, local governance and development, and ethnicity. The Cordillera Review, a peer-reviewed journal of distinctive intellectual rigor, is now a regular publication, featuring scholarly papers on subjects pertaining to Cordillera Studies and northern Luzon culture and the arts.

Formally opened to the public on January 31, after its soft launching in 2016, the Museo Kordilyera (MK) is UP Baguio’s ethnographic museum. Focused on the preservation and enrichment of the indigenous cultures of the Cordillera. 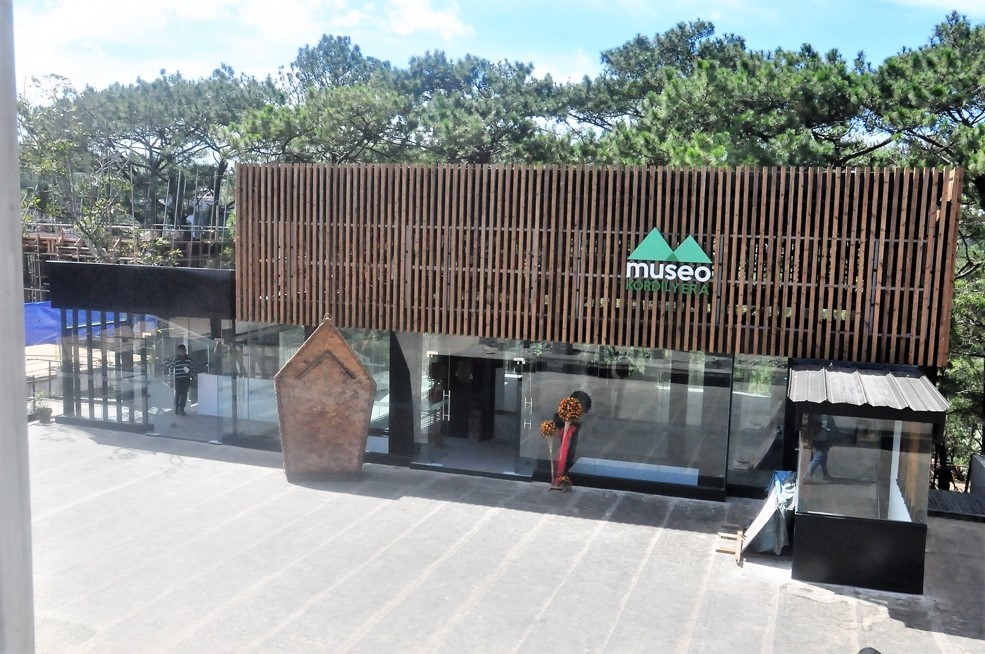 Infrastructure and a Green Campus: Aesthetics, Efficiency and Sustainability

Alongside academic growth, UP Baguio has witnessed unprecedented development in infrastructure in recent years. The oldest building on campus has given way to a reconstructed two-storey Administration building, the IB (Iskolar ng Bayan) Building that houses offices, classrooms, computer laboratories and College of Science faculty rooms. Other major building projects completed from 2000 to 2011, under the administration of Chancellor Macansantos, are: the Isabelo delos Reyes Building (Institute of Management); Kolehiyo ng Agham; Human Kinetics Building; College of Social Sciences/Cordillera Studies Center; College of Arts and Communication ; Balay Salun-at (Health Services and Guidance and Counseling Office); and the Student Alumni Complex/Sarmiento Hall.  Through the leadership of Chancellor Rovillos, the Museo Kordilyera, Science Research Center, Himnasyo and the Teatro Amianan were inaugurated.

Chancellor Abansi and the Office of the Vice Chancellor for Administration are now overseeing 1) the establishment of the Cultural Hub; 2) connectivity bridge; 3) Balay Internasyunal;                        4) renovation of the College of Arts and Communication Building, UP Baguio Residence Hall, among others.

UP Baguio is also a green campus in the truest sense of the word, with all sectors committed to the preservation of trees and the planting of various kinds of trees and plants within and around the campus. Projects being undertaken: 1) a mini-agroforestry farm and narra plantation around the UP Baguio Residence Hall; 2) a medicinal herb Garden inside the UP Baguio campus; and 2) an arboretum of native trees at Sabkil, the 4-hectare UP Baguio property at Itogon, Benguet. 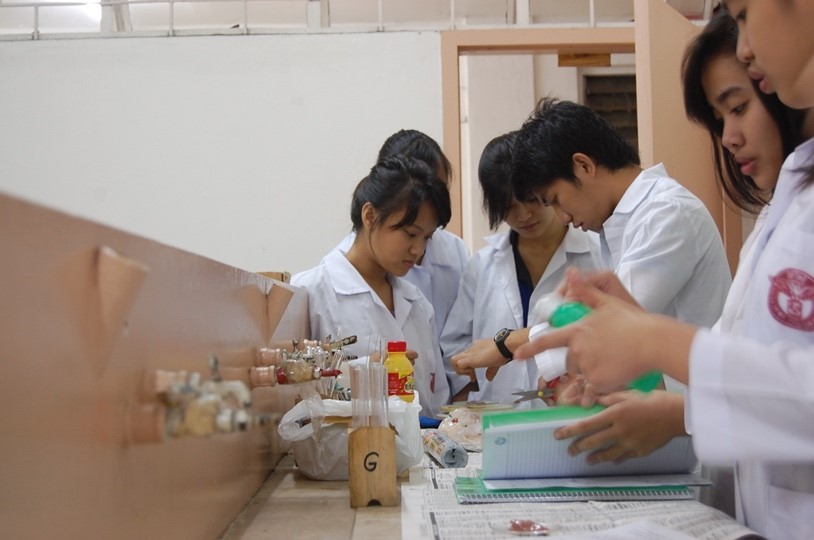 Like most other UP students, UP Baguio students are a heady lot, with sharp, inquiring minds and multi-talented inclinations. Overseen by an Office of Student Affairs, student organizations are a motley lot: academic groups, politically oriented associations, regional affiliations, fraternities and sororities, and aggrupations of special interests, like mountaineering, dance, music, theater, and debate. 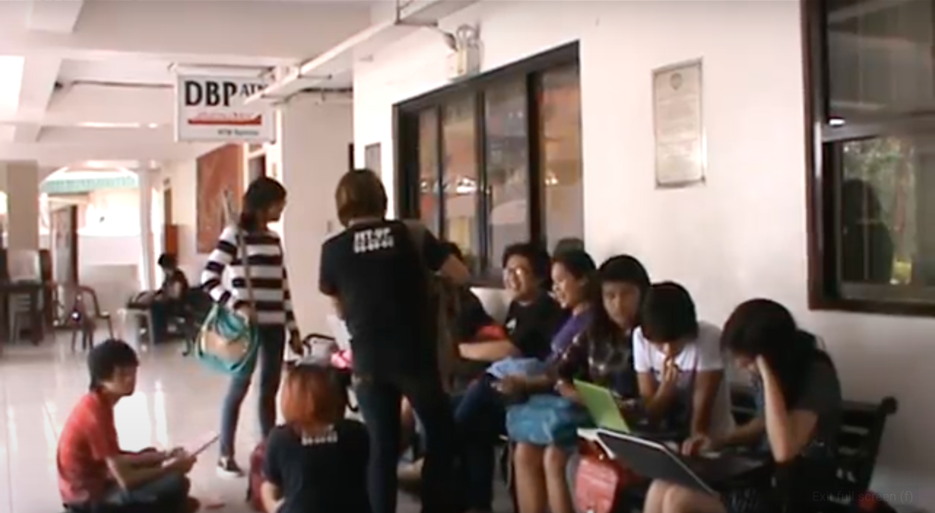 The UP Baguio Alumni Association has also maintained contact with Baguio-based alumni and its other graduates through internet e-groups and regular homecomings. The present UP Alumni Association Baguio-Northern Luzon Chapter (UPAA Bag-NL) Board is composed of a business man, lawyers, a judge, government and private office workers, and a UP Baguio faculty liaison. Among the projects outlined by the present Board are: 1) updating of the alumni database; 2) UPBAA professorial chairs and scholarships; 3) participation in recruitment of best and brightest students for enrollment at UP Baguio; 4) support for the varied needs of students; 5) support for cultural programs at UP Baguio; and 6) career talks and job placements. 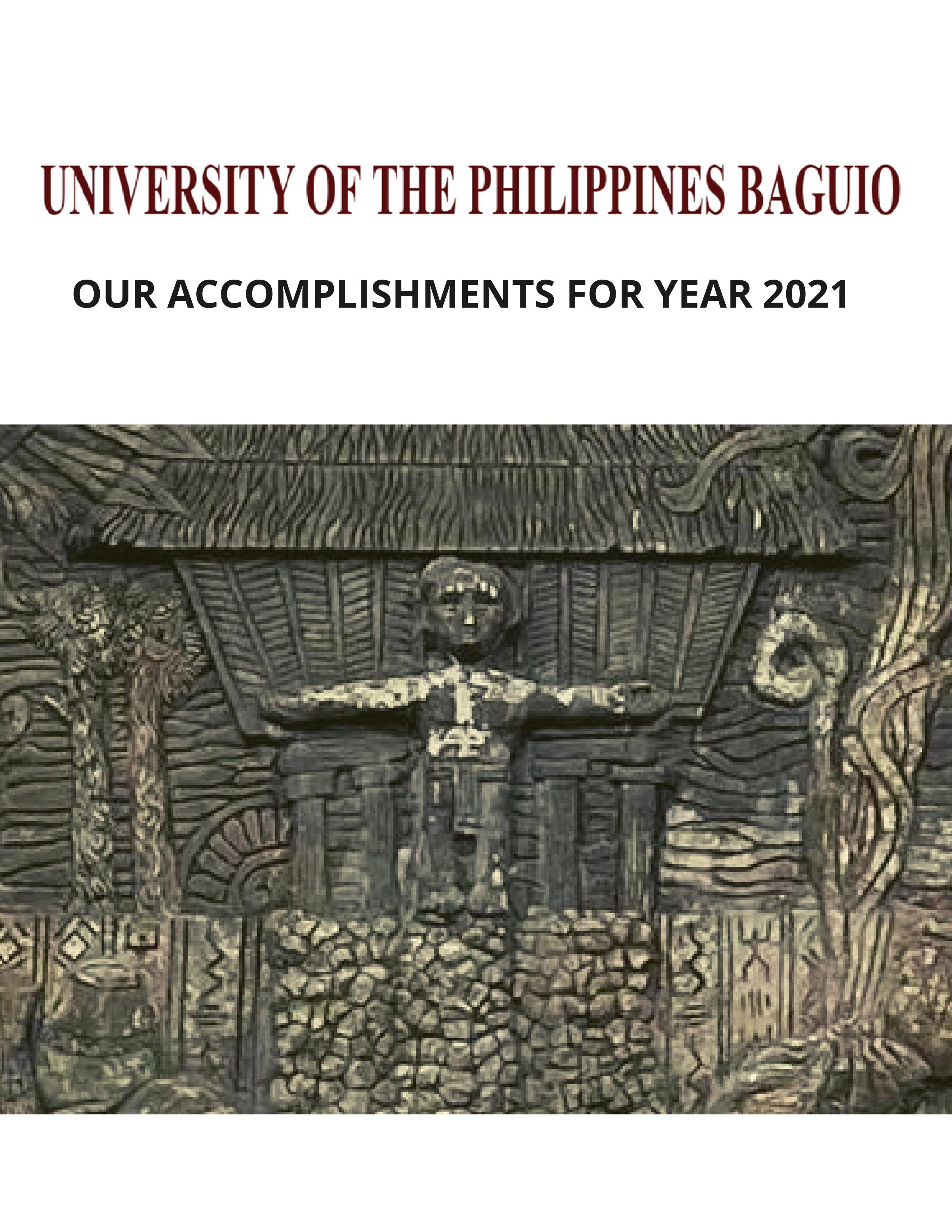