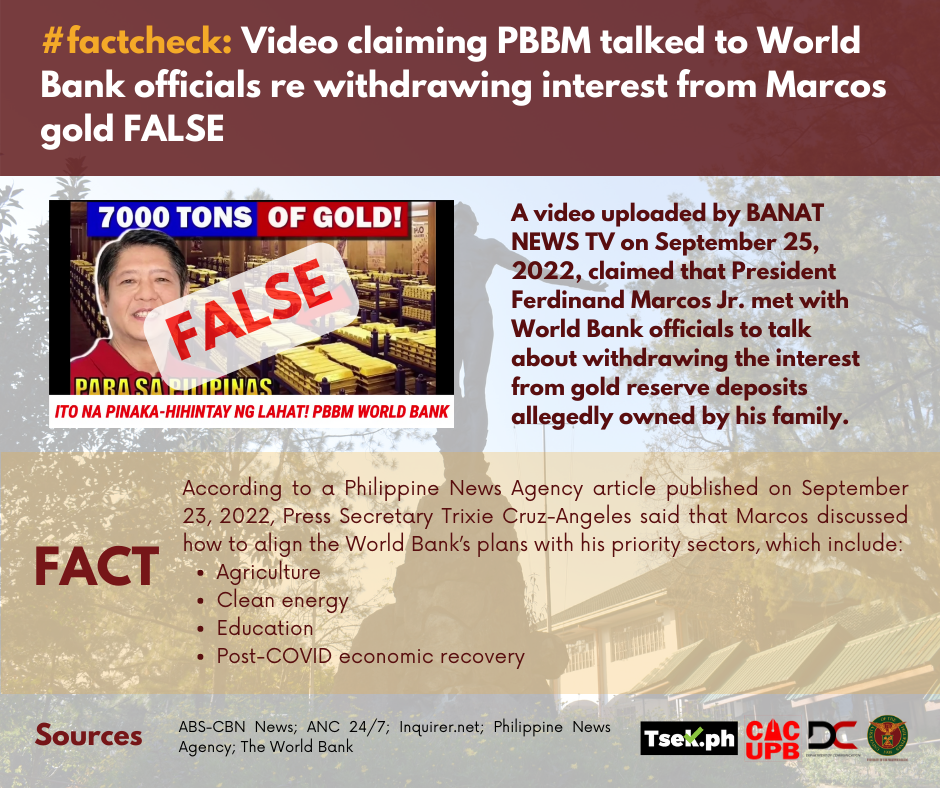 It also purported that Karen Hudes, a lawyer-turned-whistleblower from the World Bank, confirmed the supposed existence of the Marcos gold.

FACTS: There is no evidence to support that such conversation between Marcos Jr. and World Bank officials occurred.

According to a Philippine News Agency article published on September 23, 2022, Press Secretary Trixie Cruz-Angeles said that Marcos discussed how to align the World Bank’s plans with his priority sectors, which include:

They also touched on the government’s efforts to establish a virology institute, the state of Micro, Small and Medium Enterprises (MSMEs) in the country, and the target to digitize 50 percent of personal transactions by 2023.

The said meeting happened on the fourth day of Marcos’s stay in New York for the 77th United Nations General Assembly. He met Manuela Ferro, Regional Vice President of the World Bank for East Asia and the Pacific, and Erivaldo Gomes, World Bank Executive Director for the Philippines.

Furthermore, according to a World Bank statement in 2014, Karen Hudes has not been employed by the World Bank since 2007 and “is in no capacity authorized to represent any arm of the World Bank Group”. Her claims are “false and should not be viewed as credible.”

WHY IS THIS IMPORTANT?