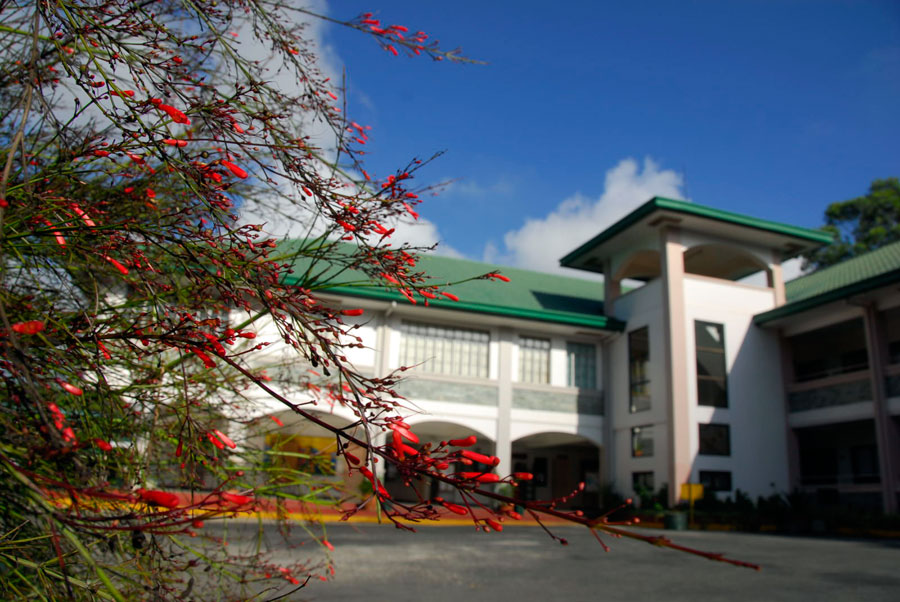 The Office of the Chancellor is the executive office of UP Baguio. It supervises academic and campus operations through the related offices of the Vice Chancellors. The Budget Office is under the supervision of the Chancellor.

The Office of the Vice Chancellor for Academic Affairs is in charge of the development and implementation of quality and responsive programs, systems and mechanisms in curricular, instructional, research and extension work that ensure the attainment of UP Baguio's goals and objectives.

The Office of the Vice Chancellor for Administration administers the University's physical, financial and human resources.  Under it are the Human Resources Development Office (HRDO), Accounting Office, Campus Maintenance Office , Cash Office, Supply and Property Management Office, Security Office, and the Network Office. 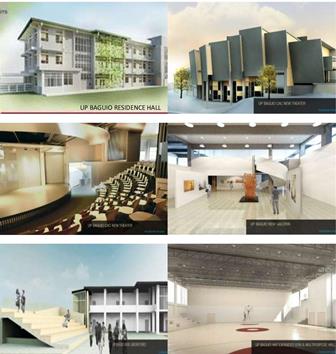 For the project Extension, Repainting and Repair of the Dormitory, the contractor, Welmary Construction and Supply, is currently attending to all the finishing touches of the renovation and expansion project. With this, we expect to meet the target to open the Dormitory for student residents effective Second Semester, AY 2013-2014. In the regular monitoring meeting on October 10, it was reported that among the last remaining jobs on site were the laying out of the tiles in the ground floor, putting in place all the windows, including those in the curtain wall; installation of smoke alarms along the hallways on all floors, fabrication of bookshelves for the study area, and installation of light bulbs. Over the past month, the contractor mobilized more than 80 workers to ensure completion of the work within the prescribed period. Clearing of the project site of earth and other debris and cleaning of the building interior and exterior will commence in about a week. 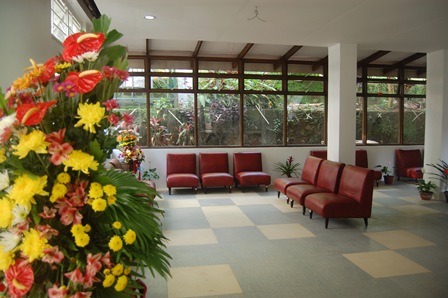 (November 2013) - The dormitory for female students at UP Baguio was reopened on November 6, 2013 after undergoing several months of redesigned expansion and renovation under the administration of Chancellor Raymundo Rovillos. The original structure of the dorm was built in 1971; since then the dorm, called the UPBREHA, has housed 100 students and has undergone two renovation projects under the administration of then Chancellor Priscilla Macansantos. An additional 80 students can now be accommodated in the new dorm; single female faculty may also be admitted, if space is available.

Vice Chancellor for Administration Jessica Cariño cited the new features of the redesigned dorm: maximized use of space and modernized, more hospitable and more conducive quarters for learning. Under the Master Site Development Plan of UP Baguio, infrastructure will be environmentally sustainable, utilizing recycled materials, and introducing innovations such as LED lighting and use of reverse water heating. Fire stairs have also been installed. And in consonance with e-UP’s initiatives, 25 new computer units have been designated for the dorm study area.

Chancellor Rovillos remarked that the dorm project is one among other infrastructure projects completed on campus. Most of these are Phase 1 projects completion of which is expected once the needed additional budgetary requirements are met. He noted that this is “not just about buildings because these projects represent principles and values that UP has long upheld,” like thinking out of the box, innovativeness , upholding a community spirit, and care for the environment. VCA Cariño cited Architect Aris Go and Engr. Rommel Aquino as UP Baguio’s co-implementors for this latest UPBREHA project.